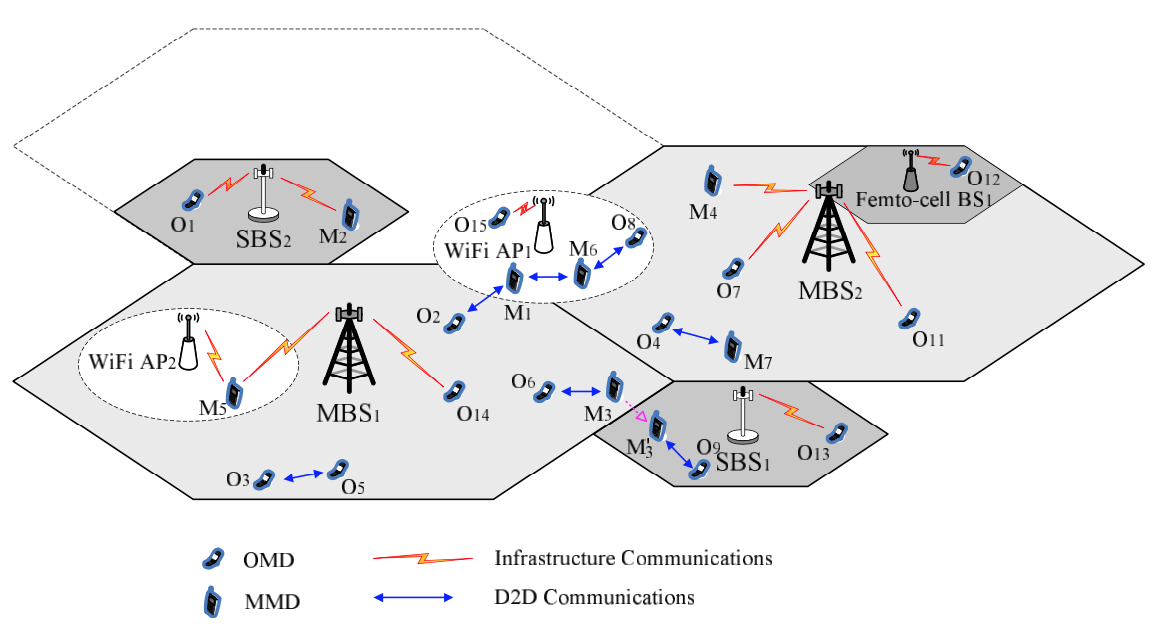 As an emerging technology, Cooperative Device to Device (CD2D) communication has been considered to alleviate capacity shortage problem. In a heterogeneous CD2D network, multiple homing mobile devices (MMDs) may act as relays for the cooperative communication of ordinary mobile devices (OMDs). Under this setting, how to provide incentive mechanisms and motivate MMDs to lease spare bandwidths and allocate OMDs to MMDs should be carefully studied. Meanwhile, the competition dynamics between MMDs should also be taken into account. We formulate the joint bandwidth allocation and relay selection problem as a two-stage game. In the first stage of the game, a non-cooperative game is used to model the competition among the relay MMDs in terms of shared bandwidth and price. The second stage of the game models the behavior of OMDs selecting MMDs by an evolutionary game. We prove the Nash equilibrium of the game. Extensive numerical analysis and simulation results demonstrate effectiveness of the proposed scheme.